Benito Fracca - President - founded Fraste in 1964, starting his activity in the mechanical construction.

Soon was developed a first water well drilling rig, and thus began the work in the drilling field.

At that time, the drilling industry was still very traditional, and mainly concerned with mechanical transmission systems. Using hydraulics for its drilling units, Fraste was one of the Italian pioneers of modern drilling. 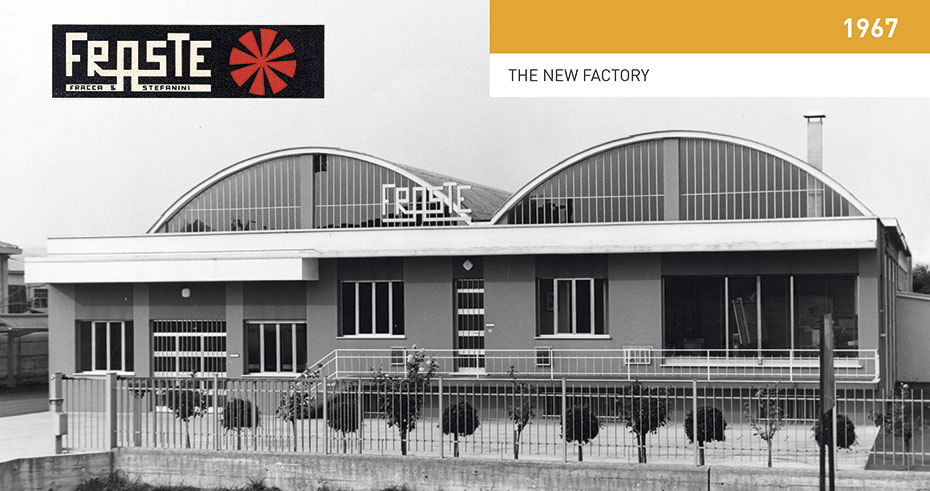 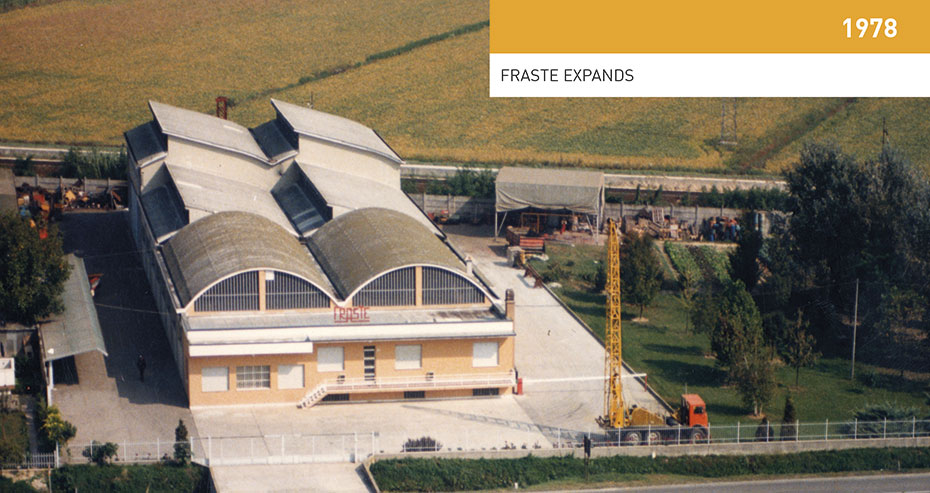 Fraste expanded its original headquarters.
The company started attending international trade fairs in Italy, and laid the foundation for entering the foreign market. 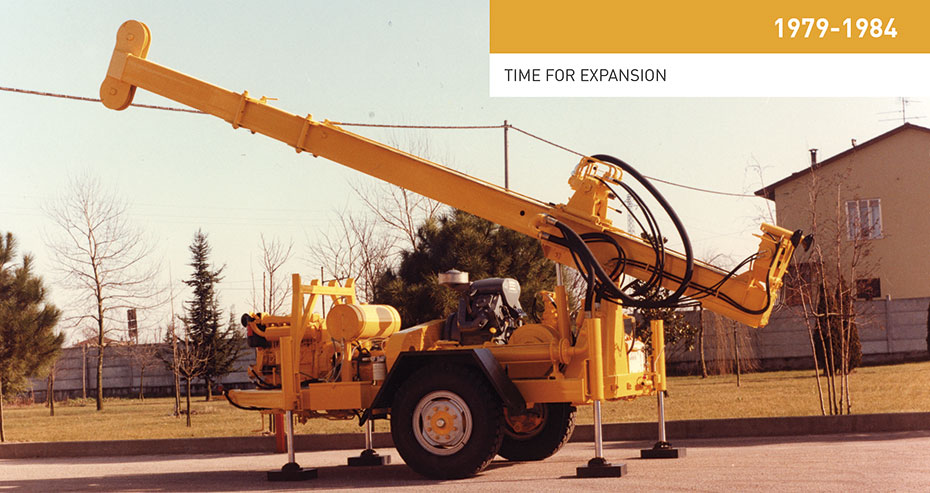 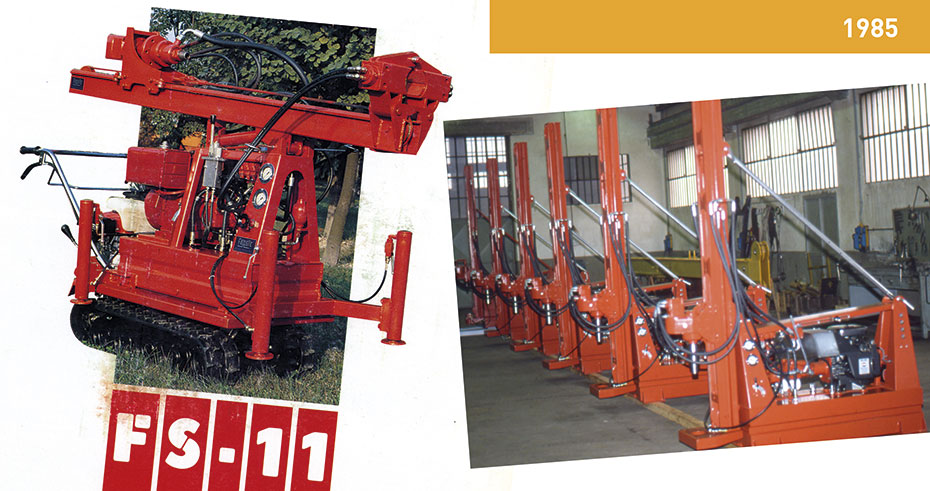 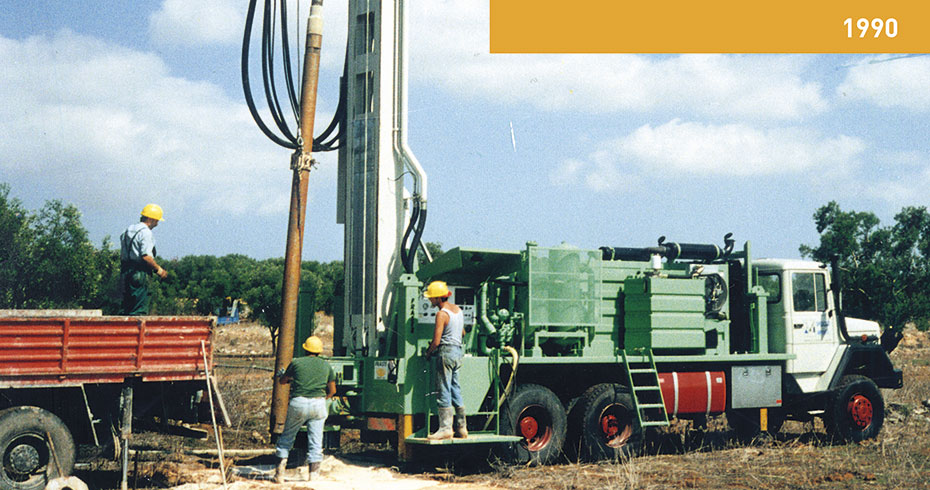 Fraste created a foreign Distributors network.
Construction and design of the rigs was improved and newer technologies employed. 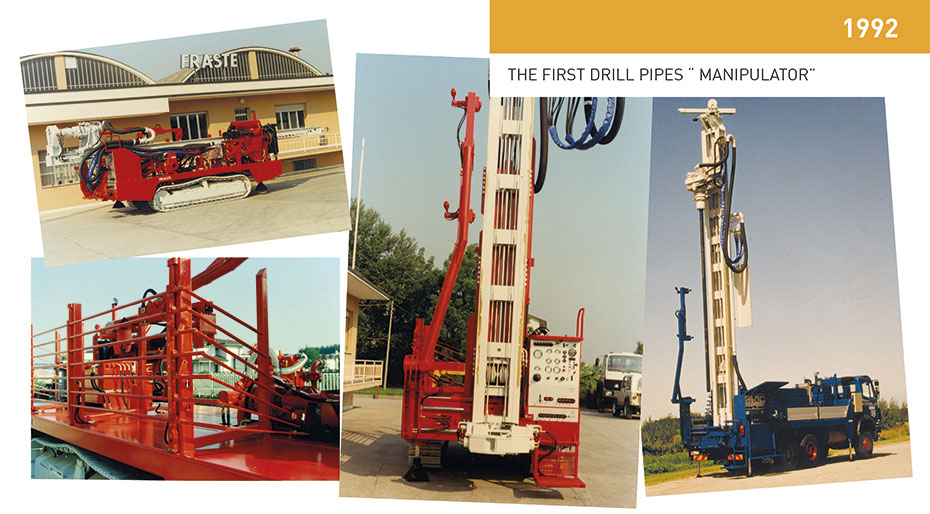 Fraste released the first automatic drill pipe loading system, the " Manipulator ", mounted on a FS 300 crawler-mounted rig, the first in a long series. 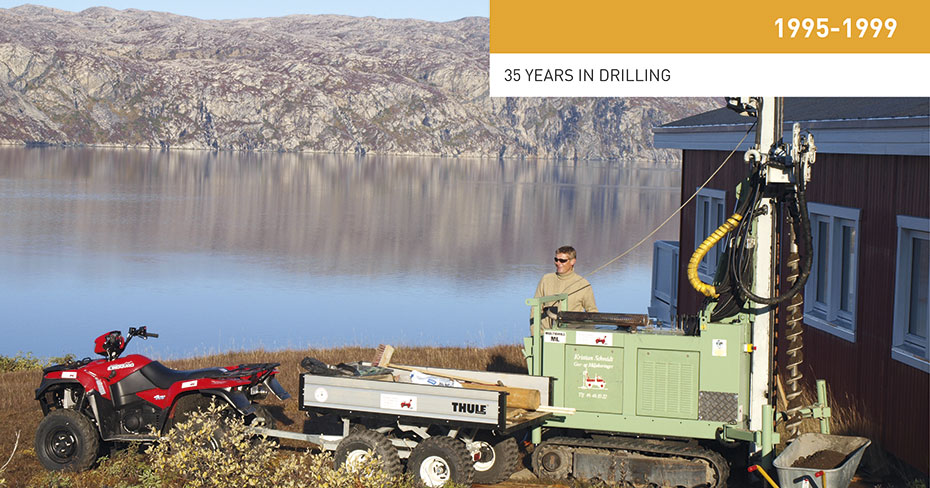 The Fraste worked hard to meet increasing demand from foreign markets, to make the Fraste brand increasingly international and strengthen its image in the global drilling industry. 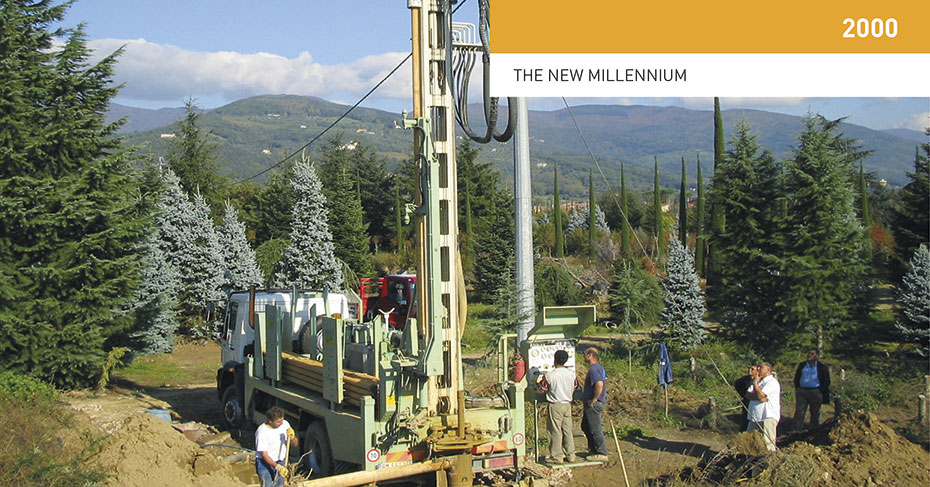 The company was growing up quickly and manufacturing of the rigs was in accordance with the best international standards. Safety was a priority, R&D as well. 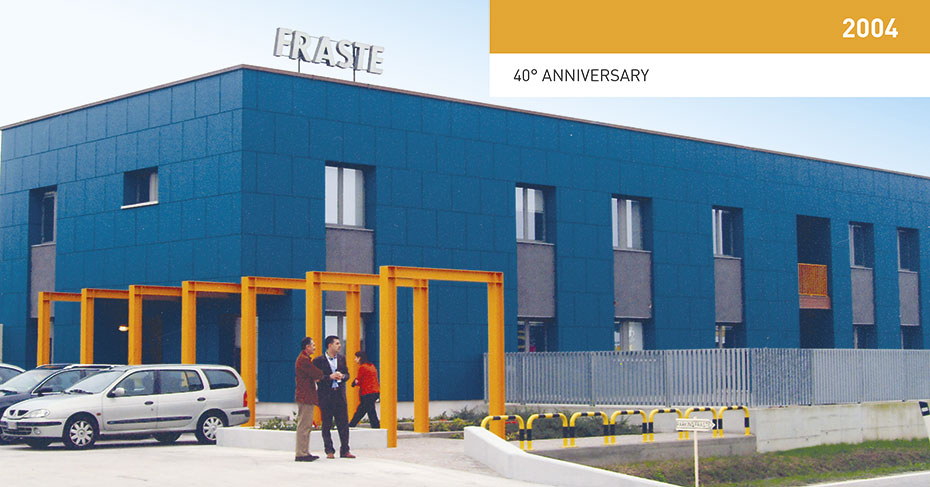 2004 – New Headquarters and the 40th Anniversary

The year 2004 left an important mark on the history of the company, with the opening of Fraste's new headquarters and celebration of 40 years of activity.
Fraste introduced the "Mito" foundation drilling rig series: a milestone for Fraste's production of foundation rigs. 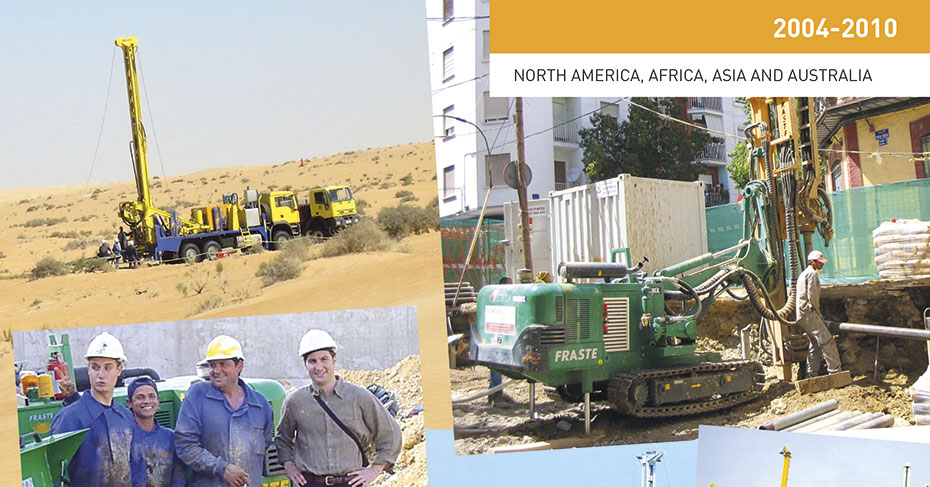 Fraste continued to expand on a global level and new technological solutions and new construction criteria were adopted.
Was released the first drilling rig with a double rotary head, and the "Multipurpose" Exploration rigs line.
There was an overall acceleration of productivity in terms of units, customer care and involvement with people in the drilling industry.

Fraste built its second production facility and increased its work force and capability. 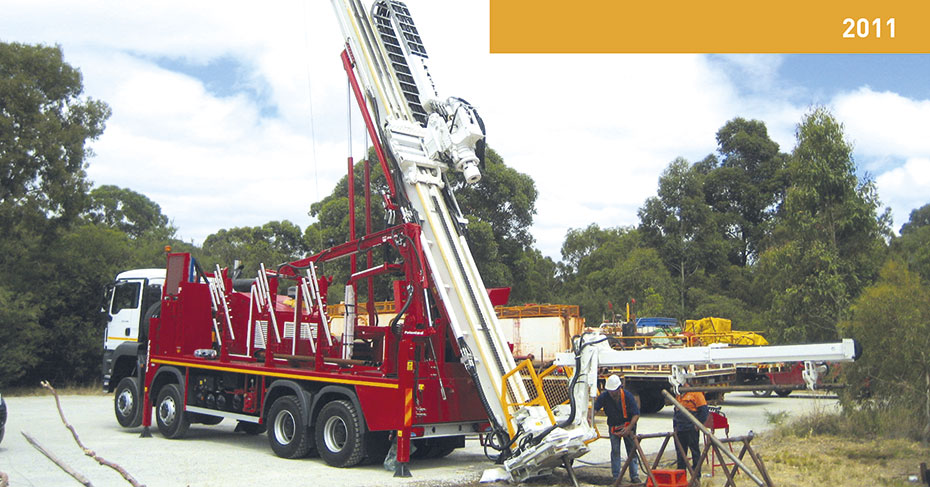 Fraste Drilling Rigs Australia was established, the Australian branch of the company, especially for the sale of the Multipurpose Exploration rigs. 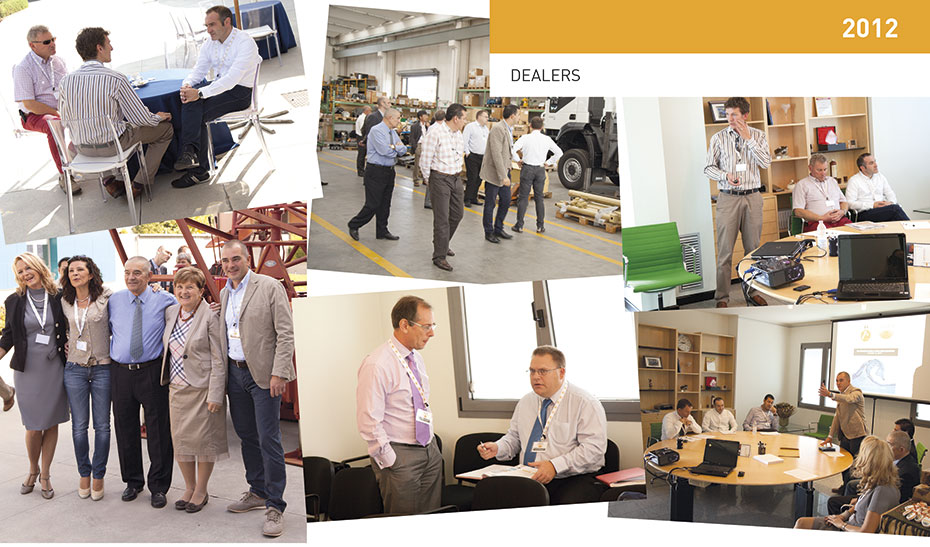 An innovative commercial approach with the international Dealers was taken to improve their knowledge about Fraste drill rigs and the company's global organisation.

Taking a quick glance at the long history of Fraste, we see an entity that is always on the move to keep its entrepreneurial mindset in line with the times, where all of the staff are fully committed to the Company Mission: respect for the individual, life values and the environment.

Celebrations of the 50° Anniversary will take place during the year 2014 in different locations.
View the video!

Fraste remains based in Nogara proud of its origins and always has an eye to the future. 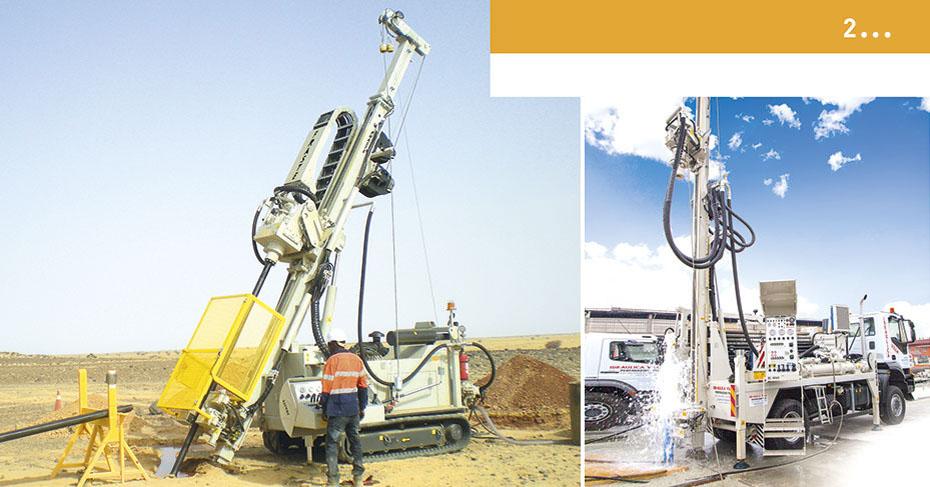